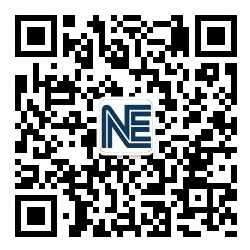 The concept of electronic (static) power conversion has gained widespread acceptance
in power system applications. As such, electronic power converters are increasingly
employed for power conversion and conditioning, compensation, and active filtering.
The gradual increase in the depth of penetration of distributed energy resource (DER)
units in power systems and further acceptance of new trends and concepts, for example,
microgirds, active distribution systems, and smart grids, also indicate a wider
role for power-electronic converters in the electric power system.
While a fairly large number of books on various power-electronic converter configurations
and their principles of operation do exist, there is a gap in terms of modeling,
analysis, and control of power-electronic converters in the context of power systems.
This book addresses this gap and concentrates on power conversion and conditioning
applications and presents the analysis and control design methodologies for a specific
class of high-power electronic converters, namely, the three-phase voltage-sourced
converter (VSC). It provides systematic, comprehensive, unified, and detailed coverage
of the relevant materials.
This book serves as a reference book for senior undergraduate and graduate students
in power engineering programs, practicing engineers who deal with grid integration
and operation of DER systems, design engineers, and researchers in the areas of
electric power generation, transmission, distribution, and utilization. The book does
not cover implementation details of controllers; however, it contains adequate details
for system analysts and control designers and
 describes various functions that theVSCcan perform in an electric power system,
 introduces different classes of applications of the VSC in electric power systems,
 provides a systematic approach to modeling a VSC-based system with respect
to its class of application,
 presents a comprehensive and detailed control design approach for each class of
applications, and
 illustrates the control design procedures and evaluates the performance, based
on digital computer time-domain simulation studies.
The text is organized in 13 chapters. Chapter 1 provides a brief introduction to the
most commonly used electronic switches and converter configurations in the power
system. The rest of the book is divided into two parts. The first part, Chapters 2–10,
provides theory and presents fundamental modeling and design methodologies. The

second part, Chapters 11–13, covers applications of theory and design methodologies,
through three selected application cases: the static compensator (STATCOM), the
forced-commutated back-to-back HVDC converter system, and the variable-speed
wind-power systems based on the doubly fed asynchronous generator. The second
part could have included more application varieties. However, only three application
cases have been presented to highlight the main concepts, within a limited number
of pages. The PSCAD/EMTDC software package has been used to generate most of
the time-domain simulation results in the text. We would like to emphasize that the
main purpose of the numerical examples in this book is to highlight the concepts and
design methodologies. As such, the numerical values of some parameters may not be
fully consistent with the values typically adopted for specific applications.
The reader is expected to have, at least, an undergraduate-level background in
electric circuits, electric machinery, electric power system fundamentals, and classical
(linear) control. Familiarity with power electronics and the state-space representation
of systems is a bonus but not a necessity. Relevant references are also cited throughout
the book to help the reader trace back the developments to their original sources.
While we have tried to be as comprehensive as possible, it is very likely that we have
missed some important references due to the richness of the technical literature and
the breadth of the subject matter. We would greatly appreciate any comments and
feedback from the readers, for future modifications of the book.
Amirnaser Yazdani
Reza Iravani